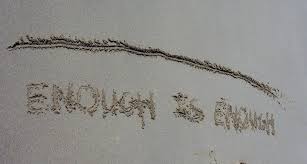 Last week I quoted from Ryan Avent’s book The Wealth of Humans:  Work, Power, and Status in the Twenty-First Century (2016), which makes the following points:

This week, we’ll finish with Arent’s analysis, again quoting from his book:

“Around the world, dissatisfaction with the fruits of economic integration fuels inward-looking political movements:  protectionist in some places, separatist in others. Some politicians find themselves able to gain traction by playing identity politics or by criticizing institutions of liberal democracy. Many succeed through withering critiques of the elites who minded the tiller over the last few decades. Faith in markets and their ability to generate broad-based growth has been shaken.”

“In a way, it would be much easier if the robots were simply taking all the jobs. Solutions might not be any more straightforward to come by, but the sight of millions of robot dog-walkers and sanitation workers strutting through crowds of unemployed humans would at least be clarifying.

“Instead, the remarkable technological progress of the digital age is refracted through industrial institutions in ways that obscure what is causing what. New technologies do contain the potential to revolutionize society and the economy. New firms are appearing which promise to move society along this revolutionary path. And collateral damage, in the form of collapsing firms and sacked workers, is accumulating.

“But the institutions we have available, and which have served us well these last two centuries, are working to take the capital and labour that has been made redundant and reuse it elsewhere. Workers, needing money to live, seek work, and accept pay cuts when they absolutely must. Lower wages make it attractive for firms to use workers at less productive tasks… [and reduce] the incentive to invest in labour-saving technology.”

“This political era [the post-war surge of neoliberalism] is at an end.

“[I]ncomes must rise. Not just the incomes of China’s middle class and the rich world’s 1 per cent. But achieving higher incomes is a fraught business, both economically and politically.

Neoliberalism’s apparent faltering threatens many economic ideas that have come to be held sacred, such as the notion of working for a living, which we saw a few posts back is revered as a moral virtue by Communists and Christians alike. These kinds of notions are deeply rooted in the minds –literally, in the neurological wiring — of the human beings who have inherited them and the values they stand for. As such, they are much more than economic ideas, they are the personal and cultural narratives that define our identities and guide our choices, both individually and collectively.

These kinds of entrenched cultural ideals will not go quietly into the night. Instead they will retrench and aggressively pushback against an interloper. Next time, we’ll look at one of those reactionary responses:  the advent of “bullshit jobs,” which contribute much to current workplace dissatisfaction.

And just for fun, here’s the “not go quietly into the night” speech from Independence Day, and here’s Dylan Thomas’s “Do Not Go Gentle Into That Good Night.”