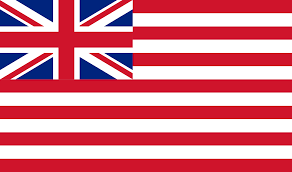 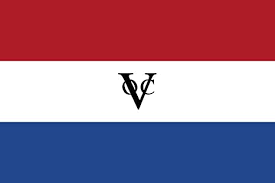 The first thing you learn about corporations in law school is the principle of limited liability:  the state trades the benefits of corporate business activities for letting investors off the hook if things run off the rails. The British and Dutch used this concept to colonize the world.

“Back in the seventeenth century, when the British and Dutch were first learning to exploit their overseas colonies, a problem emerged:  people were afraid to finance expeditions because they face jail if something went wrong and they couldn’t repay their loans. The solution these governments came up with was a corporate charter, which limited investors’ liability to the amount of their investment and nothing more.”

The Patterning Instinct:  A Cultural History of Humanity’s Search for Meaning, by  Jeremy Lent (2017). (Except where indicated otherwise, the quotes in this article are from this book.)

Technology hadn’t shrunk  the world yet, so the British and Dutch East India Companies (their flags are above) were granted autonomy to exercise state-like powers, such as the right to impose and collect tax, make treaties, wage war, take prisoners, and carry out the death penalty.

“Before long, though, it became clear that these legal charters created incentive to take inappropriate risks because the potential growth was greater than the downside. In England, after a series of spectacular frauds and a market crash, corporations were banned in 1720. The ban was eventually lifted when the Industrial Revolution generated demand for new investments in railways and other infrastructure.”

Meanwhile, across the Atlantic,

“The political leaders of the United States, aware of the English experience, were suspicious of corporations. Thomas Jefferson wrote in 1815, ‘I hope we shall take warning from the [English] example and crush in its birth the aristocracy of our monied corporations which dare already to challenge our government to a trail of strength and bid defiance to the laws of our country.’ Accordingly, corporations in America were given limited charters with tightly constrained powers.”

In time, though, American skepticism gave way to the need to finance war and reconstruction, and to carry out the USA’s own industrial expansion. Opportunists again turned to the corporation — much to Abraham Lincoln’s chagrin:

“During the turmoil of the Civil War, industrialists took advantage of the disarray, leveraging widespread political corruption to expand their influence.

“Shortly before his death, Abraham Lincoln lamented what he saw happening with a resounding prophecy: ‘Corporations have been enthroned…. An era of corruption in high places will follow and the money power will endeavor to prolong its reign by working on the prejudices of the people… until wealth is aggregated in a few hands…. and the Republic is destroyed.’”

“Corporations took full advantage of their newfound dominance, influencing state legislatures to permit charters to be issued in perpetuity that gave them the right to do anything not explicitly prohibited by law. A crucial moment occurred in 1886, when the Supreme Court designated corporations as ‘persons’ entitled to the protection of the Fourteenth Amendment.”

From these contested beginnings came the corporation-nation states which — just as Jefferson predicted — have since gained enough political and economic power to challenge national governments “to a trial of strength” and “bid defiance to the laws” of their countries of origin.

“Around the globe, more and more corporations are beginning to act like governments.

“They negotiate with guerrilla leaders, build roads, and set up schools. Increasingly, they’re setting labor standards in places where nations can’t or won’t.

“There’s only one problem.

“By accepting more social responsibility, they’re taking on more power just as a small but growing backlash against rising corporate power is taking hold in the United States.

“At the heart of this debate lies a simple question: Who should set society’s agenda – big business or big government? How Americans answer that could well determine the future of issues as diverse as campaign-finance reform and antitrust action.”

The sheer size of today’s corporation nation states would have been incomprehensible to Jefferson, Lincoln, and Hayes. Consider, for example, this Business Insider article that compares the revenues of “25 giant companies” to the GDP of nations. It found that, in 2017,

And so it goes. Even corporations like Netflix, Spotify, and Tesla make the bigger-than-countries list. That’s good for capitalism and capitalists, but it challenges the historical ideal that nation states ought to be in charge of running the world.

One thought on “Corporation Nation-States”