We looked last year at physicist Thomas Kuhn’s model for how paradigms shift, and also explored another scientist’s exhortation “The best way to predict the future is to create it.” 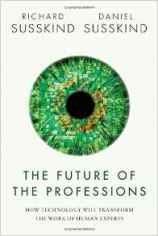 Good, quotable advice, but how do you create what you can’t see? Richard and Daniel Susskind say often in their book The Future of the Professions that, as they travel the world delivering their message, many professionals agree that there’s a massive paradigm shift currently happening in the professions, just not their own.

Why this paradigm shift blindness?

Reason 1:  Too Much Expertise 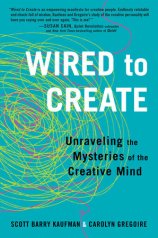 Authors Scott Barry Kaufman and Carolyn Gregoire describe this phenomenon in their marvelous book Wired to Create:  Unraveling the Mysteries of the Creative Mind:

“While experience is an important aspect of excellence in any creative discipline, one risk of being a seasoned pro is that we become so entrenched in our own point of view that we have trouble seeing other solutions. Experts may have trouble being flexible and adapting to change because they are so highly accustomed to seeing things in a particular way.”

In each of the past two years (here and here), we’ve also looked at research from the emerging field of cultural neurology cultural neurology that suggests our brains’ observation and cognitive faculties are so linked to our cultural context that we simply can’t see paradigm shifts when they happen. Our cultural bias blinds us — it determines what we see and don’t see, and can literally blind us to new developments happening in our midst.

Reason 3:  Not Being a Newcomer

Again from Wired to Create:  “the newcomers to a field are sometimes the ones who come up with the ideas that truly innovate and shift paradigms.” In the law, the newcomers are responsible for the wave of new practice models and technologies. As I said last year, “By the time the new paradigm’s opponents eventually die, and a new generation grows up that is familiar with it, the paradigm we can’t see now will be the only one the new generation has ever known.”

A Cure for Paradigm Shift Blindness:  Get Stupid 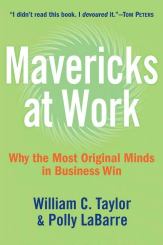 Dan Wieden is imminently quotable. He ought to be:  he’s one of the namesakes of legendary ad agency Wieden+Kennedy, and personally created Nike’s “Just Do it” slogan.

W+K has offices all over the world and bills over a billion dollars annually. Their website is a creative trip all its own — you might enjoy cruising it, if you have a moment. The firm was profiled in a 2006 business bestseller, Mavericks at Work:  Why the Most Original Minds in Business Win, where Wieden was famously quoted as saying this about his approach to keeping W+K at the top of its game:

Lawyers aren’t the only professionals who will have trouble following that advice. People pay us to be smart; their benefit and our livelihood depend on it. True, but there’s a whole lot of shaking goin’ on around us. We might want to get stupid enough to see it.

Mavericks at Work may be the best business book I’ve ever read. If you like that kind of thing, you owe it to yourself.

And Wired to Create is the best I’ve ever read on its topic. Author Scott Barry Kaufman is the scientific director of the Imagination Institute in the Positive Psychology Center, University of Pennsylvania, and Carolyn Gregoire is a senior writer at the Huffington Post, covering psychology, mental health, and neuroscience. And that’s just the first sentence of each of their author bios. Talk about creds.) 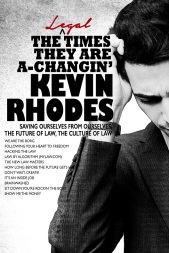 Check out this collection of last year’s Future of Law blog posts. It’s a FREE download. Also included is the Culture of Law series from the second half of 2015. Click this link or the cover for downloading details.