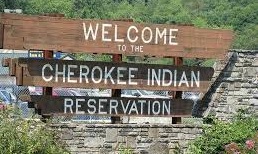 For nearly two decades, Duke Medical School professor Jane Costello has been studying the impact of casino money distributions on the health and well-being of the North Carolina Cherokee tribe. For long, balanced articles about her work, see “What Happens When the Poor Receive a Stipend?” The New York Times (2014) and “Free Money: The Surprising Effects Of A Basic Income Supplied By Government” Wired Magazine (2017).

“The number of Cherokee living below the poverty line declined by half.

“The frequency of behavioral problems declined by 40 percent, nearly reaching the risk of children who had never been poor.

“The earlier the supplements arrived in a child’s life, the better that child’s mental health in early adulthood.

Randall Akee, an economist at UCLA and a collaborator with Prof. Costello, speculated about the impact of these findings on the cost of welfare benefits:

“A cash infusion in childhood seemed to lower the risk of problems in adulthood. That suggests that poverty makes people unwell, and that meaningful intervention is relatively simple.

“Bearing that in mind, [Prof. Akee] argues that the supplements actually save money in the long run. He calculates that 5 to 10 years after age 19, the savings incurred by the Cherokee income supplements surpass the initial costs — the payments to parents while the children were minors. That’s a conservative estimate, he says, based on reduced criminality, a reduced need for psychiatric care and savings gained from not repeating grades.”

The Wired article tracks the experiences of “Skooter” McCoy, who left the Cherokee Reservation to play small college football the year the casino money distributions began, and of his son Spencer McCoy, who was born that same year. Skooter returned to the Reservation to coach football at the local high school and is now general manager of the Cherokee Boys Club, a nonprofit that provides day care, foster care, and other tribal services.

“The casino money made it possible for him to support his young family, but the money his children will receive is potentially life-altering on a different scale.

“‘If you’ve lived in a small rural community and never saw anybody leave, never saw anyone with a white-collar job or leading any organization, you always kind of keep your mindset right here,’ he says, forming a little circle with his hands in front of his face. ‘Our kids today? The kids at the high school?’ He throws his arms out wide. ‘They believe the sky’s the limit. It’s really changed the entire mindset of the community these past 20 years.’”

The Cherokees’ experience began with the same provisions for a one-time distribution at age 18 of the  money set aside for minors that we saw last time in the Seneca tribe’s program, but the Cherokees later amended their law to call for payments in three stages — still not ideal, but a move toward sensibility. Skooter calls the coming of age payments “big money,” and has seen his share of abuse, but his son Spencer appears to be taking a different path:

“When Spencer first got his ‘big money,’ he says, ‘I’d get online and I was looking for trucks and stuff, but I thought at the end of the day, it wasn’t really worth it.’ Aside from a used bass boat he bought to take out fishing, Spencer has stashed most of the money away in hopes of using it to start his own business one day.”

After reviewing Prof. Costello’s work, the Wired article examines the use of UBI as a response to technological unemployment, concluding as follows:

“The true impact of the money on the tribe may not really be known until Spencer’s generation, the first born after the casino opened, is grown up. For the techies backing basic income as a remedy to the slow-moving national crisis that is economic inequality, that may prove a tedious wait.

“Still, if anything is to be learned from the Cherokee experiment, it’s this: To imagine that a basic income, or something like it, would suddenly satisfy the disillusioned, out-of-work Rust Belt worker is as wrongheaded as imagining it would do no good at all, or drive people to stop working.

“There is a third possibility: that an infusion of cash into struggling households would lift up the youth in those households in all the subtle but still meaningful ways Costello has observed over the years, until finally, when they come of age, they are better prepared for the brave new world of work, whether the robots are coming or not.”

We’ll look more at “the robots are coming” and Silicon Valley’s response to technological unemployment next time. Meanwhile, for related information, see this summary re: U.S. government benefits to Indian tribes, and see this article re: another current version of UBI — the Alaska oil money trust fund.

Thomas Sowell has a platinum resume:  Marine Corps war vet, bachelor’s Harvard, master’s Columbia, Ph.D. U of Chicago, professor at Cornell and UCLA, Urban Institute and the Hoover Institute at Stanford, books, articles….  You get the point:  when he talks economic and social policy, people listen. 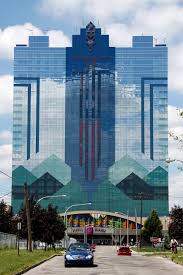 The people at The Institute for Family Studies (IFS) were listening when they published a blog post earlier this year entitled “What We Can Learn From Native Americans About a Universal Basic Income.” The article describes the Seneca tribe’s practice of distributing casino money to its members, and focuses on the particularly disastrous provisions pertaining to the money for minors:

“Half the money for children under 18 is given to their parents, and the other half is put into a trust. When a Seneca youth turns 18 and can show that he or she has graduated from high school or earned a GED, he or she receives a lump sum of $30,000. Those who don’t get a high-school degree have to wait until they’re 21 to receive the money.

“Government officials and other members of the nation tell me that the best thing most young adults do with this money is to buy a new truck. These are kids who have never had very much before; so when someone hands them a huge check, they clearly don’t know what to do. Store owners report that young people will come in to buy candy, handing $50 or $100 without expecting any change. These young people seem to have no concept of saving or investing.“

I used to practice estate planning, and need to point out that the Seneca approach to minor beneficiaries unfortunately borrows the worst kind of legislation drafting laziness from intestacy law, uniform gifts to minors acts, and similar laws involving minors and money. Their experience therefore has nothing to do with UBI specifically. Of course dropping a wad of cash on an unprepared 18 or 21 year-old is a dumb idea. Of course the kids “have no concept of saving or investing.” (Like the rest of us do.) Moving on, the article cites more disasters:

The money “is almost never saved for education.

“Despite a vast apparatus to help Seneca members set up businesses, almost no one starts one.

“Unless people are employed by the tribe (either through the casino or in tribal government), they are largely unemployed.

“Theft is also a problem. One official told me that they have had reports of elder abuse where children and grandchildren were stealing payments from older members of the tribe.

“Writing about the concept of a Universal Basic Income last year, Thomas Sowell summed up the situation: ‘The track record of divorcing personal rewards from personal contributions hardly justifies more of the same, even when it is in a more sophisticated form. Sophisticated social disaster is still disaster—and we already have too much of that.’”

The Sowell article cited by the IFS blogger was “Is Personal Responsibility Obsolete?” (Investor’s Business Daily, June 6, 2016). It begins this way:

“Among the many disturbing signs of our times are conservatives and libertarians of high intelligence and high principles who are advocating government programs that relieve people of the necessity of working to provide their own livelihoods.

“Generations ago, both religious people and socialists were agreed on the proposition that ‘he who does not work, neither shall he eat.’ Both would come to the aid of those unable to work. But the idea that people who simply choose not to work should be supported by money taken from those who are working was rejected across the ideological spectrum.”

And so we see the standard anti-UBI fightin’ words:

“people who simply choose not to work”

“money taken from those who are working”

I confess, I can’t help but wonder what people who say those things think they would do with UBI money. Again moving along….

Other tribes also distribute casino money. The following is from What Happens When the Poor Receive a Stipend?”, published by The New York Times as part of a 2017 series on economic inequality called “The Great Divide.”

“Scientists interested in the link between poverty and mental health, however, often face a more fundamental problem: a relative dearth of experiments that test and compare potential interventions.

“So when, in 1996, the Eastern Band of Cherokee Indians in North Carolina’s Great Smoky Mountains opened a casino, Jane Costello, an epidemiologist at Duke University Medical School, saw an opportunity. The tribe elected to distribute a proportion of the profits equally among its 8,000 members. Professor Costello wondered whether the extra money would change psychiatric outcomes among poor Cherokee families.”

Same idea, different tribe. How’d they do? We’ll find out next time.