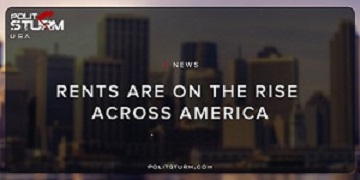 As we saw last week, the original Monopoly game — then known as The Landlord’s Game — offered a choice of two different games, one played under “Prosperity” rules and the other under “Monopoly” rules. The post-WWII economic surge was a real-life Prosperity game:  it generated a rising tide of economic benefit that floated all boats across all social classes. The surge peaked in the 1970’s, and since then the Monopoly rules have increasingly asserted themselves, resulting in, among other things, stagnant employee compensation (except for the top 10%) and rising returns to capital owners — the lion’s share paid in the form of rents. The latter reflects the rise of a “rentier economy.”

First, we need to define “rent”:

Economists use the term ‘rent’ in a special way. For them, rent refers… to the excess payment made to any factor of production (land, labor, or capital) due to scarcity.

The scarcity factor that gives rise to rents can be natural, as with the case of land.

But rents can also arise from artificial scarcity — in particular, government policies that confer special advantages on favored market participants.

The Captured Economy:  How the Powerful Enrich Themselves, Slow Down Growth, and Increase Inequality, Brink Lindsey and Steven Teles (2017).

A rentier is someone who gains income from possession of assets, rather than from labour. A rentier corporation is a firm that gains much of its revenue from rental income rather than from production of goods and services., notably from financial assets or intellectual property. A rentier state has institutions and policies that favour the interests of rentiers. A rentier economy is one that receives a large share of income in the form of rent.

The Corruption of Capitalism, Why Rentiers Thrive and Work Does Not Pay, Guy Standing (2016)

Economists didn’t see the rentier economy coming. They especially didn’t foresee how government policy would create it. The following is from The Corruption of  Capitalism:

John Maynard Keynes, the most influential economist of the mid-twentieth century, famously dismissed the rentier as the ‘functionless investor’ who gained income solely from ownership of capital, exploiting its ‘scarcity value.’ He concluded in his epochal General Theory that, as capitalism spread, it would mean the “euthanasia of the rentier,” and, consequently, the euthanasia of the cumulative oppressive power of the capitalist to exploit the scarcity value of capital:

Keynes was mistaken because he did not foresee how the neoliberal framework built since the 1980’s would allow individuals and firms to generate ‘contrived scarcity’ of assets from which to gain rental income. Nor did he foresee how the modern ‘competitiveness’ agenda would give asset owners power to extract rental subsidies from the state.

Eighty years later, the rentier is anything but dead; rentiers have become the main beneficiaries of capitalism’s emerging income distribution system.

The old income distribution system that tied income to jobs has disintegrated.

And this is from The Captured Economy:

The last few decades have been a perplexing time in American economic life. Following a temporary spike during the Internet boom of the 1990’s, rates of economic growth have been exceptionally sluggish. At the same time, incomes at the very top have exploded while those further down have stagnated.

As a technical matter, rent is a morally neutral concept. ,,, Nevertheless, the term ‘rent’ is most commonly used in a moralized sense to refer specifically to bad rents. In particular, the expression ‘rent-seeking’ refers to business activity that seeks to increase profits without creating anything of value through distortions to market processes, such as constraints on the entry of new firms.

Those advantages can also take the form of subsidies or rules that impose extra burdens on both existing and potential competitors. The rents enjoyed through government favoritism not only misallocate resources in the short term but they also discourage dynamism and growth over the long term. Their existence encourages an ongoing negative-sum scramble for more favors instead of innovation and the diffusion of good ideas.

Economists have had an explanation for the latter trend, which is that returns to skill have increased dramatically, largely because of globalization and information technology. There is clearly something to this explanation, but why should the more efficient operation of markets be accompanied by a decline in economic growth?

Our answer is that increasing returns to skill and other market-based drivers of rising inequality are only part of the story. Yes, in some ways the US economy has certainly grown more open to the free play of market forces during the course of the past few decades. But in other ways, economic returns are now determined much more by success in the political arena and less by the forces of market competition. By suppressing and distorting markets, the proliferation of regulatory rents has also led to less wealth for everyone.